I recently finished a big job for an organization based out of Germany called Betterplace Labs.

The betterplace lab conducts research at the interface between innovation and common good.
We spread knowledge, inspire through stories and fight for a digitalization for the benefit of mankind.

The publication is called TrendRadar 2030 for which I did 4 full spreads and cover art. TrendRadar 2030 focuses on how future technology can be used for the benefit of people, specifically those living in third world nations.

One of the great pleasures of this job is to work with really gifted people whose energy and talents are directed at the benefit of their fellow man. The Betterplace Labs people are such folks. Their journey is a noble one, and it's an honour to work with them to this end.

I would like to give special thanks to my AD on this project Rico Reinhold. Rico is a very talented graphic artist /designer, and it was a great pleasure working with him. The magazine looks amazing! Thank you friend! 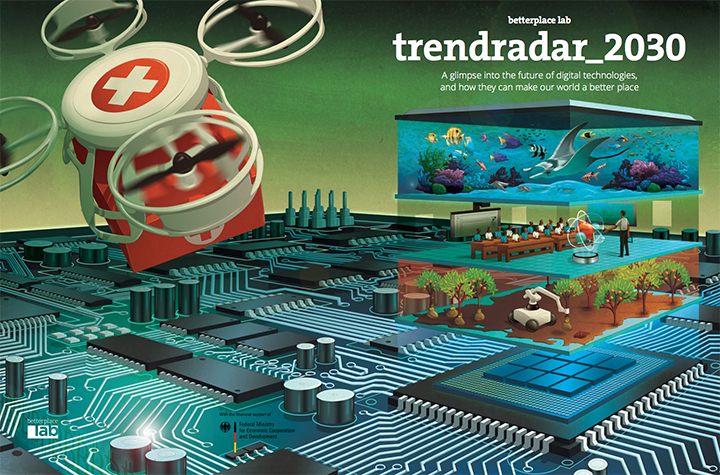 The front and back covers. 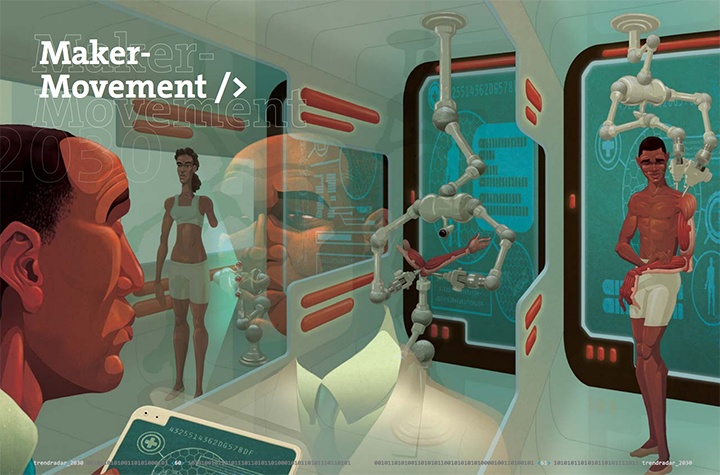 This illustration represents a future where limbs can be printed easily and cheaply. 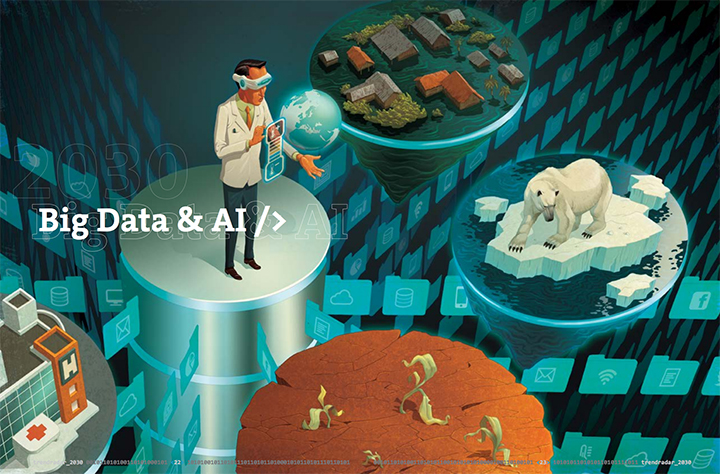 In this illustration about big data we have an environmental scientist analyzing data in a VR environment.

This illustration depicts how big data and the IoT congeal to form AI. An illustration showing how blockchain will transform the world of finance.